This exhibit has been shown eight times in Canada, starting with BNAPEX 2010 in Victoria, and has won Gold medals each time. It has received the Alan Steinhart Reserve Grand awards at BNAPEX 2011 in North Bay and at the 2013 Royale in Winnipeg, Grand Awards at Edmonton Spring National 2011, ORAPEX 2012 in Ottawa, and the Horace Harrison Grand Award at BNAPEX 2013 in Charlottetown PEI (photo). The exhibit was also awarded Gold Prix d’Honneur at the APS Champion of Champions competitions in Columbus OH in 2011 and Sacramento CA in 2012. 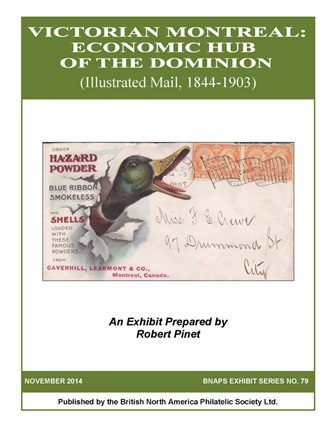