The late Herbert Louis McNaught (1919-2008), a stamp collector since 1934, became interested in the stamps and postal history of British North America and joined BNAPS in 1992. He first exhibited at BNAPEX 1994 in Burlington, VT, and followed this with exhibits in 1995, 1998, 2003, and 2005-2008. Three of his exhibits, The Half Cent Small Queen, The 1897 Diamond Jubilee Issue, and The 1908 Quebec Tercentenary Issue were each published as a volume in the BNAPS Exhibit Series.In addition to developing multi-frame exhibits, Herb became very keen on 16-page single frame exhibits and created his The Half-Cent Small Queen Issue of 1882-1897 exhibit, of which he was very proud. After Herb’s passing in 2008 his family created The Herb McNaught Single Frame Exhibit Award, to be presented at the annual BNAPEX convention exhibition to the best Single Frame exhibit receiving Silver or higher. Winners of the award receive a plaque, a cheque for a small honorarium, and a commemorative pin. In addition, each winner’s name and the exhibit title are engraved on a plate that is attached to the full size Herb McNaught trophy, which is on display every year at BNAPEX.Illustrated in this, the 101st volume in the BNAPS Exhibit series, are the winning exhibits from each of the 2009 to 2017 BNAPEX conventions. It was decided to put them in a single volume so philatelists can see not only the philatelic material they contain, but also how a successful single frame exhibit is structured. With luck other collectors will in future form single frame exhibits of their own, using these as examples.Two BNA single frame exhibits which won awards before the McNaught Award was created are included in this book. They are Jonathan Johnson’s Canadian Military Hospitals at Sea, the first BNA Single Frame Exhibit to win a major award anywhere and, appropriately, Herb McNaught’s own The Half-Cent Small Queen Issue of 1882-1897. 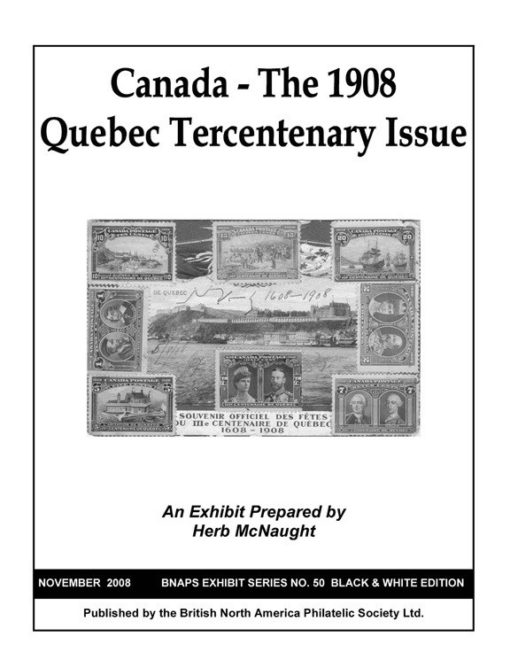 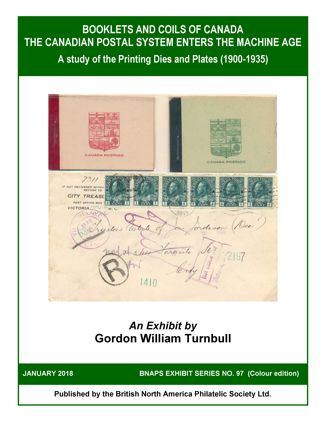 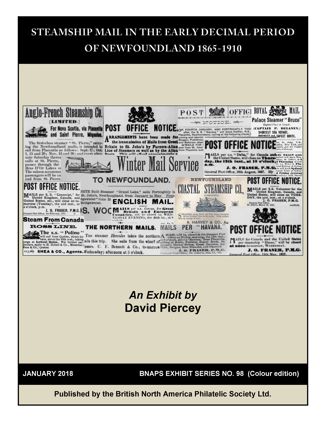