In the new BNAPS handbook, Overseas Mailers First Day Covers of Canada, Jan Pieter van der Ven and Mark Lerner describe how for almost 30 years a small family-owned company, Overseas Mailers of Flushing, New York created original first day cover cachets, or enhanced the cachets produced by others, for the stamps of 111 different countries worldwide. Virtually all the original and many of the enhanced cachets were hand painted. Illustrated in this volume are 134 different Overseas Mailers first day covers created for 144 Canadian stamp issues in the period 1954-1977. Where Overseas Mailers enhanced a cachet created by another company, both the original and the Overseas Mailers version are shown. John’s and Mark’s purpose in preparing this book was to illustrate the entire known Overseas Mailers production of Canadian cachets in order to help collectors recognize and obtain them, and they have succeeded.Jan Pieter (John) van der Ven retired recently following an extended sales management career in the pharmaceutical industry. His interest in stamp collecting started very early when his father, who worked at the Stoomvaart Maatschappij Nederland in Amsterdam, brought home envelopes with stamps from different countries around the world. Today his major philatelic interests include First Day Covers of Canada, Australia and New Zealand. His interest in Overseas Mailers covers started more than 20 years ago, when he was attracted by the colourful cachets produced for stamps of the British colonies and found the Overseas Mailers inserts especially informative, an added value that offered a unique way to increase interest in collecting FDCs. As the relative scarcity of Overseas Mailers FDCs became apparent, he has enjoyed both the search for them and his success in locating these elusive items.Mark Lerner is a management consultant working in the field of executive, management and employee compensation. His primary philatelic interests are focused on first day covers of fifteen United States stamps issued between 1933 and 1962, on the topical theme of Law on U.S. FDCs, and Overseas Mailers FDCs of Canada and other countries around the world. While many people seemed to be aware of their existence and valued having them, few seemed to know much about them or were confident in identifying them, and much of the available information seemed contradictory. Mark was named the winner of the 2011 Philip H. Ward Award, presented by the American First Day Cover Society (AFDCS) for the best writing on first day covers in 2010. This was awarded for his two-part article “Charles R. Chickering – Cachetmaker” that appeared in First Days, the official journal of the AFDCS. 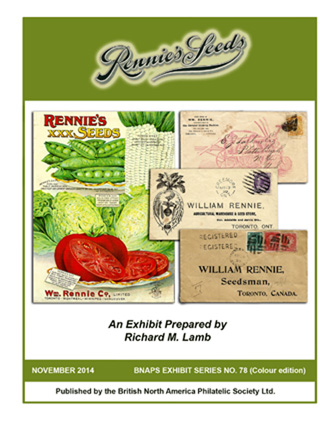