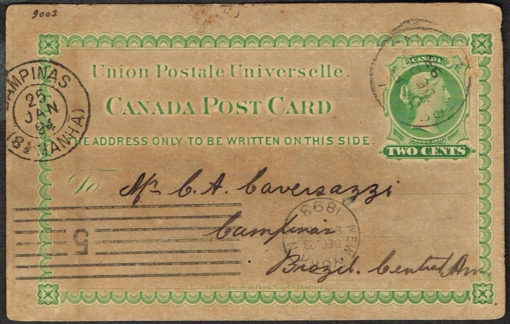 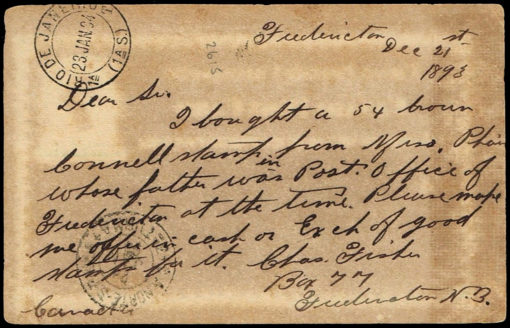 The story of the New Brunswick 5c Connell stamp being withdrawn is well known. The New Brunswick postmaster general, Charles Connell1, used his own image on the 5c value, rather than that of Queen Victoria. The outrage was immediate, the 5c stamps withdrawn and Connell resigned his post.

Argenti reports approximately 30 copies with RPSL certificates, yet unsubstantiated stories have circulated that Connell gave each of his daughters a complete sheet of 100 stamps.

Besides being a nice destination, the message makes the card even more important and of interest to a wider audience, including New Brunswick collectors. The message reads, “Dear Sir, I bought a 5c brown Connell stamp from Miss Phair whose father was in Post Office of Fredericton at the time. Please make me offer in cash or Exch of good stamps for it. Chas Fisher / Box 77 / Fredericton, NB / Canada”

In 1835 Charles Connell, married Ann Fisher, the sister of Charles Fisher. Fisher2,3, was the N.B. premier from 1854-1861 and was a father of Confederation having attended both the Quebec and London conferences. In 1858 Connell became postmaster general for the Fisher government.
The writer, Charles Fisher was most likely the son of Charles Fisher, the premier of New Brunswick. As premier, Fisher would have been in an awkward position being at odds over the issue with his brother-in-law4.

Fisher claims to have bought the stamp from Miss Phair, whose father was the postmaster at Fredericton. This appears to be correct as there is an A.S. Phair5 listed as the postmaster of Fredericton from 1846 until April 1875 on his death. Four other Phairs preceded him as postmaster.

While this is correct information, there is no proof that the stamp was obtained from Phair. Is it possible that Fisher actually received the stamp from his father (the premier) or his uncle (Connell), or his cousins? Was the Phair story simply a cover story? Why was Fisher trying to sell the stamp in Brazil, when it would likely bring more interest in Canada, the United States or England? Was he looking for a discrete off-shore sale? A letter would have offered more privacy than a postcard, but perhaps after 43 years, the controversy of owning the stamp had diminished.

I wonder what has become of the “Fisher” Connell? Was it sold in Brazil or find another home? 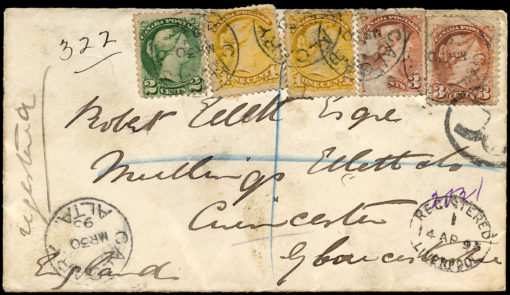 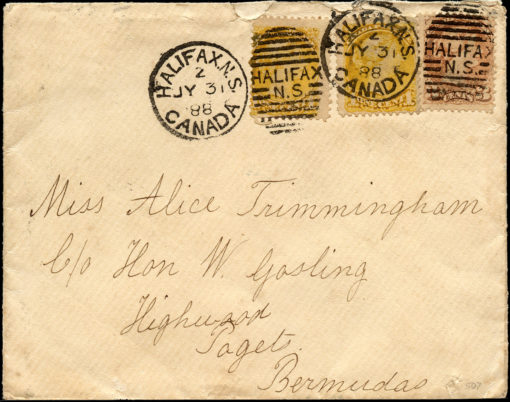 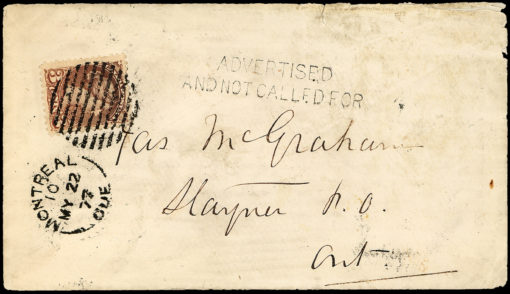 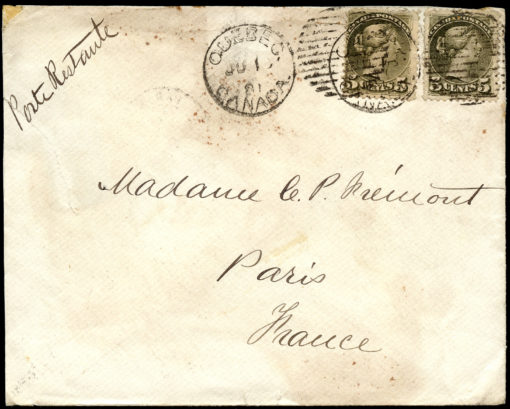 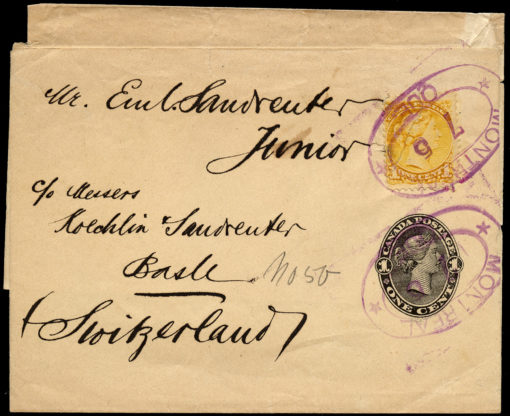 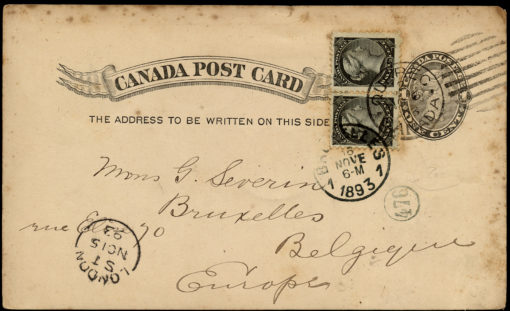 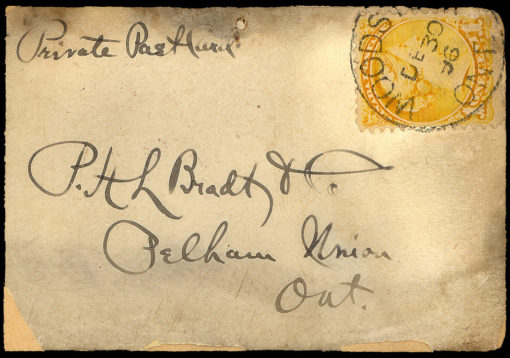