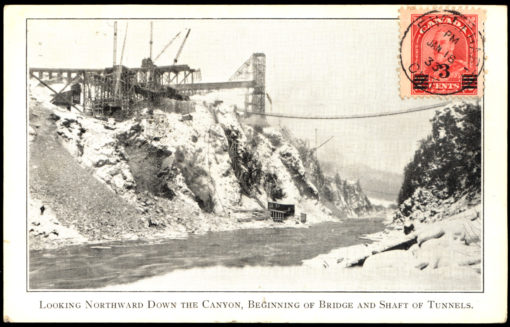 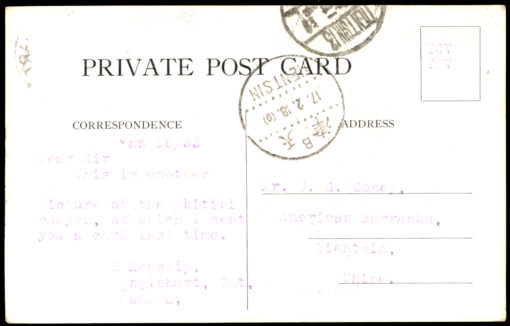 The postcard shows the Abitibi canyon and mine.

The Tienstsin concession area given to the United States in Tienstsin

The United States never requested or received extraterritorial rights in Tianjin, but a de facto concession was administered from 1869 until 1880, principally under the aegis of the British mission. In 1902 this informal American territory became part of the British concession. The United States maintained a permanent garrison at Tianjin, provided from January 1912 until 1938 by the 15th Infantry, US Army, and then by the US Marine Corps until December 8, 1941, the day the United States entered the Second World War and all territories of the US and the British Empire in Asia and the Pacific faced the threat of attack by the Empire of Japan.

Lloyd Horne recalls of his time there in the 1930s “I was detailed with the 15th Infantry to rescue missionaries that were being trapped there. It was like they were prisoners — they couldn’t even come out of their billets without getting fired on or having rocks thrown at them. 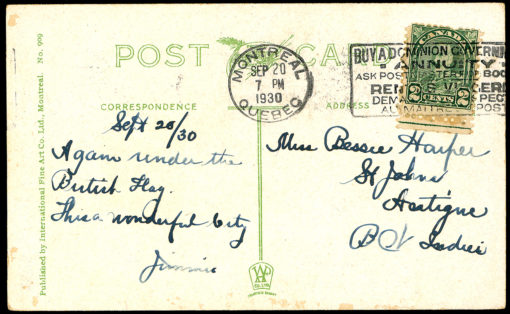 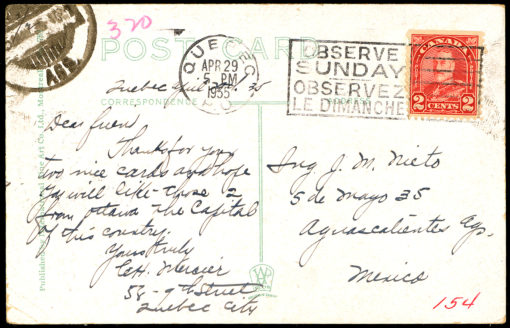 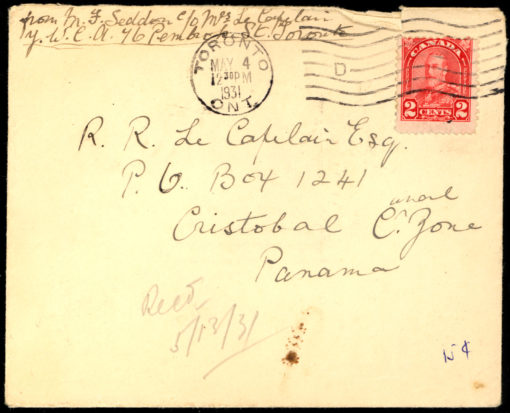 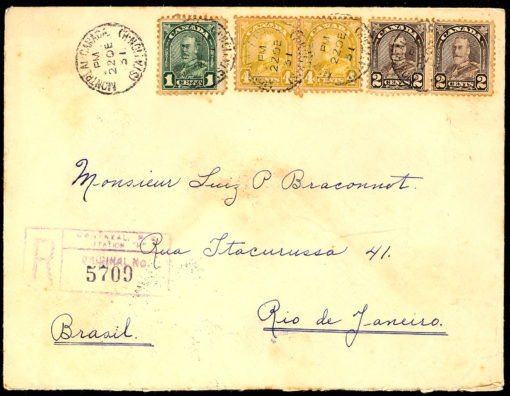 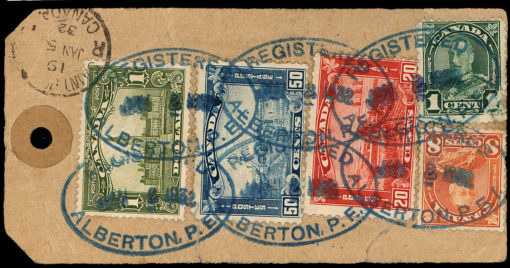 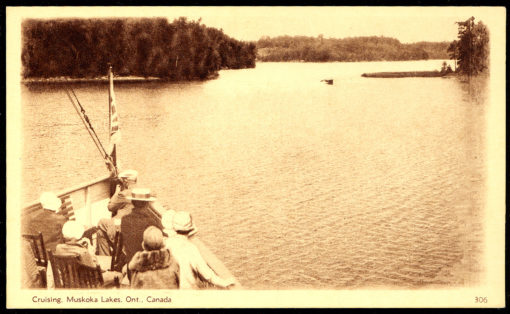 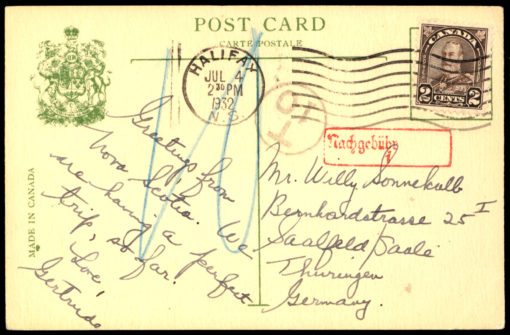 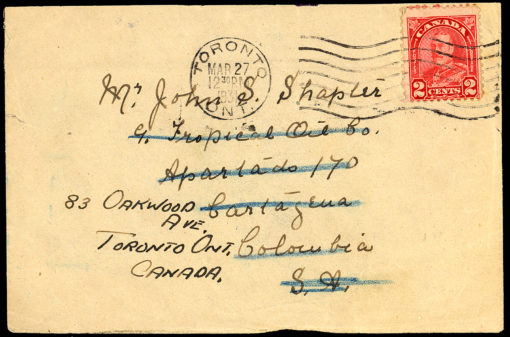