Grégoire Teyssier’s Québec 1763-1867 exhibit illustrates the different postmarks and cancellations used by the Quebec City Main Post Office and the Government of Canada, from the beginning of the Postal Service in June-July 1763 to Confederation in 1867. The associated postal history of the city – rates, rules, routes – is explained when necessary. The material is presented chronologically, with an English translation on the pages opposite the French originals. The quality of the exhibit was recognized at BNAPEX 2016 FREDERICTON where it won Gold and the Horace Harrison Grand AwardGrégoire Teyssier began collecting stamps when he was 11 years old. He plunged into postal history, starting with postal history of France, at the age of 14. Born in France, on arrival in Quebec in 1980 at the age of 15, he found Quebec postal history fascinating and began to collect it. He has written more than 50 articles in French for journals such as Le Bulletin de la SHPQ, Philatélie Québec, and The Canadian Philatelist, and published with his friend Marc Beaupré Initiation aux marques postales du Québec (Introduction to Quebec Postal Marks). 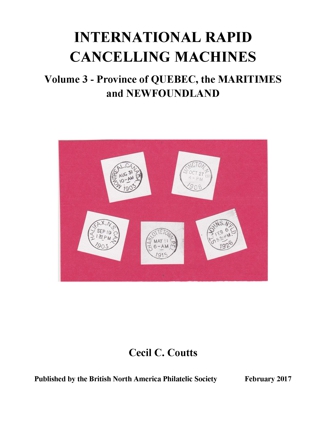