In 1821, fearing Russian and American power, Great Britain strengthened her influence in the Canadian Arctic by bringing about the merger of the Hudson’s Bay Company, with 76 posts, and the Northwest Company, with 97 posts. In the early years the Hudson’s Bay Company used government ships for the transportation of goods, mail, and personnel from English and Canadian ports. Also, in the 19th Century, ships from England bound for the north brought mails which were transferred to whaling ships operating in the north and over wintering there. With the ending of whaling in Arctic waters this exchange of mail had nearly stopped by 1890.

In 1912 the Hudson’s Bay Company built the “SS/RMS NASCOPIE”, a vessel suitable to operate in the heavy ice which could be found in the north even during the brief summer months. After the disruptions of World War I, the Eastern Arctic Patrol’s annual voyages began in 1922 aboard the “NASCOPIE”. Between 1922 and 1927 The first Post Offices established in the Canadian Arctic were operated by the local police detachments. After the “NASCOPIE” sank in 1947, various ships continued the annual trips to the north, and mail was also dispatched by air.

“Eastern Arctic Mails: 1876 to 1963″ displays almost 100 covers, mostly from the north outbound to other points, but some inbound as well, with explanations of the routing taken for the letters to get to their destinations. 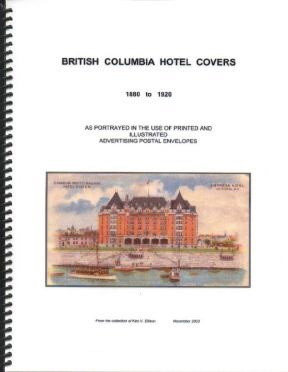