Colin Lewis was introduced to philately as a 5-year old in World War II Wales, and to Newfoundland philately a few years later when his cousin and her husband, a Newfoundlander who had served in the Royal Navy, responded to his request for stamps with a package that contained lots of beautiful stamps from the Colony.Over time he graduated to Newfoundland postal history and, after retirement in 1991, decided to concentrate on the more traditional and classic period, pre-1900. This was the time when rates and routes were often quite complex, making interpretation of the markings more of a challenge. Encouraged by members of his local philatelic society, Colin began exhibiting his collection. He has since won many awards, most recently a Large Vermeil at the 2006 International Exhibition in Washington, and that exhibit forms the core of this book.Figuring out the postal history of Newfoundland in the period of the exhibit was no easy task. Although in 1856 the British Government authorised the issue of Newfoundland postage stamps, stamps were slow to become popular and many continued to send letters unpaid, the recipient paying upon delivery. Alternatively, postage could still be fully paid or part paid in cash, with the amount paid normally endorsed on the item in red crayon together with a paid handstamp.To complicate matters – greatly – in 1857 there were two monetary systems in use, Newfoundland Currency and Sterling. Domestic mail and that to Canada and the Maritime Provinces was paid in Currency. Mail rates elsewhere were charged in Sterling. In 7 April 1865 decimal currency was introduced, but it was more than 6 months later before decimal valued cents stamps became available, meaning that with a conversion from pence Sterling or Currency pence stamps continued to be used on mail. The many and varied rates of the 1857-1878 period became more standardized after Newfoundland adhered to the Universal Postal Union, but even then there were exceptions, such as the 1880s rate to Bermuda and West Indies, that did not conform to UPU guidelines. Within the three time periods the exhibit is chronological and rate ordered within geographical boundaries.Newfoundland Postal History 1857 – 1899 is divided into four sections:1) The Pence period – 1857 to 6 April 1865;2) The Cents period to pre-UPU membership – 7 April 1865 to 1878;3) The post UPU period -1879 to 1899;4) Significant items that do not form part of the main exhibit.Newfoundland Postal History 1857 – 1899 is being published simultaneously with John Walsh’s Newfoundland 1897 Royal Family, Dead Letter Seal and Map Stamps, which looks primarily at Newfoundland’s stamps and postal history post-1899, providing Newfoundland collectors and collectors in general a broad view of Newfoundland philately. 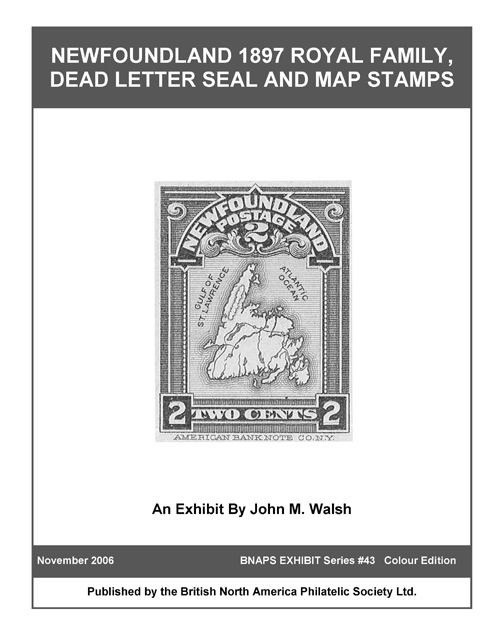 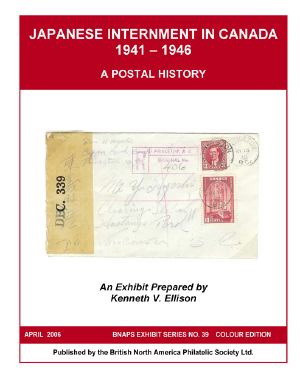 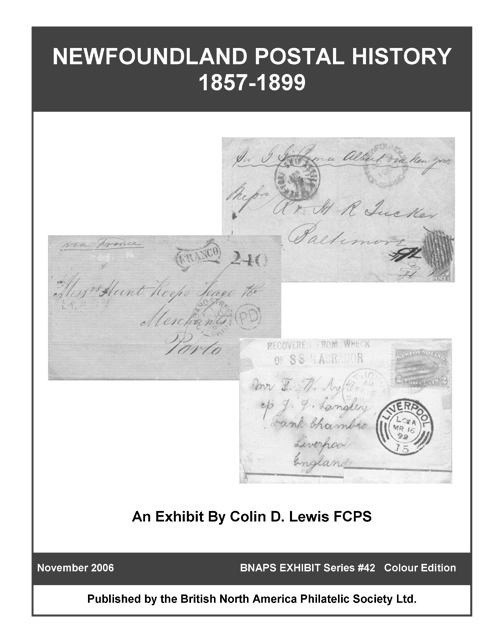 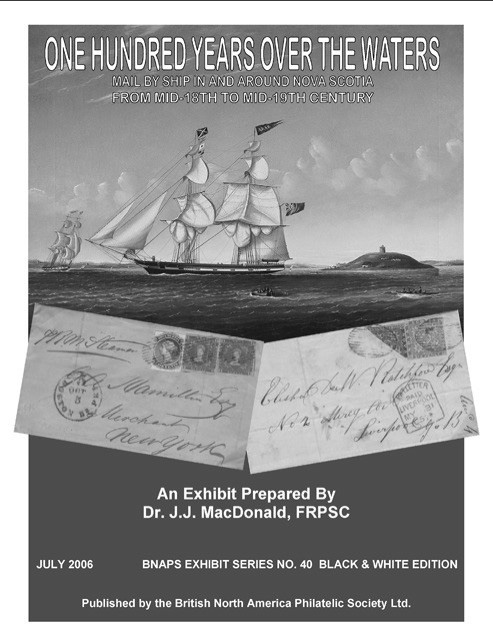