In 2003 Donald Thompson and Norman Wagner published a very small quantity of Emerging Saskatchewan: The Postal History of Territorial Assiniboia 1882-1905, intending to gather new information generated by the book and produce an updated edition in 2006 or 2007. Unfortunately this did not happen due to Norm Wagner’s passing in December 2004 and Don Thompson’s later illness. The book features 218 pages of very detailed information on all post offices known in Territorial Assiniboia before it was absorbed into Saskatchewan and Alberta when they became provinces of Canada in 1905, as well as over 120 pages of supporting material.Born March 3, 1927 in Saskatoon, Don Thompson grew up in Zealandia, Saskatchewan. After completing his MD at the University of Toronto, residencies at hospitals in Regina and Calgary and training and teaching at Harvard Medical School, he became Head of Pathology at Toronto General Hospital and taught medicine for more than twenty-five years at the University of Toronto. Don’s keen interest in history stemmed from documents relating to his ancestors involvement in the colonization of Connecticut, Long Island and New Jersey from the mid-1600s and Loyalist settlements in New Brunswick and Ontario in the 1780s. He assembled a noteworthy collection of documents relating to the Hudson’s Bay Company and North West Company fur trade, the Red River Settlement, the first and second Riel Rebellions and pioneer activity in the Canadian West.Born in Edenwold, Saskatchewan in 1935, Norm Wagner spent his early years in Edenwold, Abernethy and on the family homestead on the outskirts of Regina. His ancestors on both sides of the family came to Assiniboia in the 1880s. He graduated from the Universities of Saskatchewan and Toronto in Ancient Near Eastern languages, literature and history and spent time as an archaeologist in the Near East and in Ontario. Norm created and expanded the highly successful Wilfrid Laurier University Press. After a number of years as a faculty member in Ontario, he returned to Western Canada as President of the University of Calgary. A collector for more than 60 years, Norm was a member of BNAPS for over 30 years. He had one of the largest collections of Canadian precancels and made significant contributions to the published research of Canadian precancels. Other collections included an extensive Canadian perfins collection, early BNA used stamps, and BNA postal history related to Assiniboia and Saskatchewan, sparked by some finds from his ancestral relatives. He also applied analytical research methodologies to understanding the mysteries of Canada’s origins through its postal history and in 2002 he and members of his family founded Auxano Philatelic Services Inc., which published BNAPS books until his passing in December 2004. 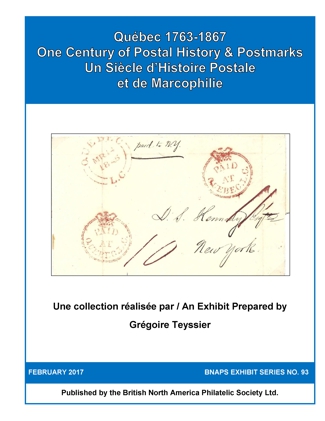 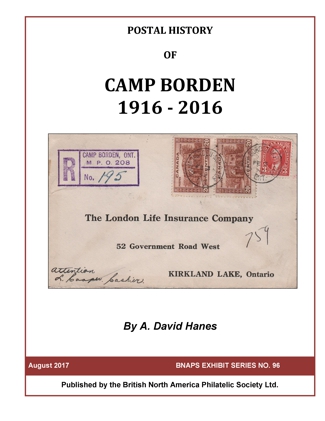 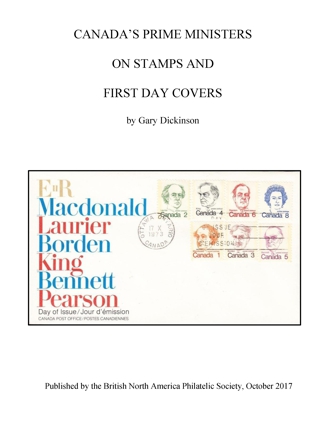