The private expresses carrying British Columbia mails began during the gold rush, in the late 1850s, and continued into the early twentieth century. The reader/viewer will recognize many of their names, including Freeman & Company; Wells, Fargo; the Pioneer Fraser River Express; Ballou’; Kent & Smith’s; Jeffray & Company’s Fraser River Express; Barnard’s; the British Columbia and Victoria Express Company and Dietz and Nelson.

This exhibit garnered many awards over the years, culminating in the Grand Award and Myerson trophy at BNAPEX 1996 in Fort Worth, TX, and a Large Vermeil at CAPEX ’96. 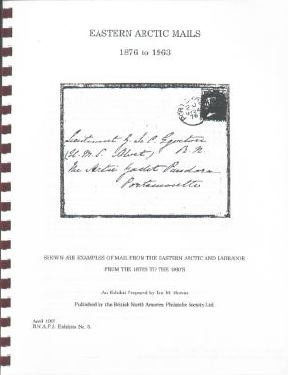