George Arfken’s EARLY CANADA POST CARDS, 1871-1911 tells the story of the development, diversity and attractiveness of Canadian Postal Cards from their initiation in 1871 to the end of the reign of King Edward VII. There are over 160 illustrations in color.Printing errors, plate flaws and paper varieties. are not part of this book. Attention is centered on the cards – why they were issued, where they went, the messages they carried, the regulations authorizing the post cards and, sometimes, the regulations they broke. The fascinating saga of the gradual acceptance of private post cards by the Canada Post Office is included. The evolution of the private post card from a simple, rather restricted, start to the picture post cards we use today is shown.Regulations governing post cards as they passed through Canadian and international mails are explained, with appropriate references and short quotations from Post Office documents. Canada’s admission to the Universal Postal Union in 1878 brought more regulations and occasions where the Canada Post Office did not abide by some of them are noted.UPU admission opened up new opportunities for Canadian writers, and one-cent Canada Post Cards and two cent Canada UPU cards went out to the ends of the earth. Canadians frequently sent one-cent cards to overseas destinations for which a two-cent card was required. The result was a wide variety of postage due markings and sometimes postage due stamps. Can you imagine a registered post card? This book includes the most extensive listing of registered Canada Post Cards yet presented, with many of them illustrated and discussed.In addition to the fun you can have collecting stamps and covers, collecting post cards offers a special reward. Want to read the message? Just turn over the card – you will find an amazing variety, from legal notices and “salesman will call” to prices current. In the 1880s and 1890s post card messages were often from stamp collectors or dealers offering to buy or trade foreign stamps. Several illustrations are of the message side, rounding out the story.George Arfken is the author of ‘Canada’s Small Queen Era 1870-1897’, co-author (with Arthur Leggett) of ‘Canada’s Decimal Era 1859-68’, co-author (with Harry Lussey and Horace Harrison) of ‘Canada’s Registered Mail 1802-1909’, and author or co-author of many informative articles in at least six different major philatelic journals. 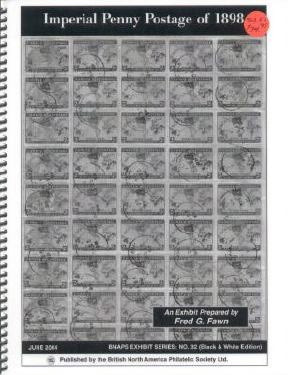